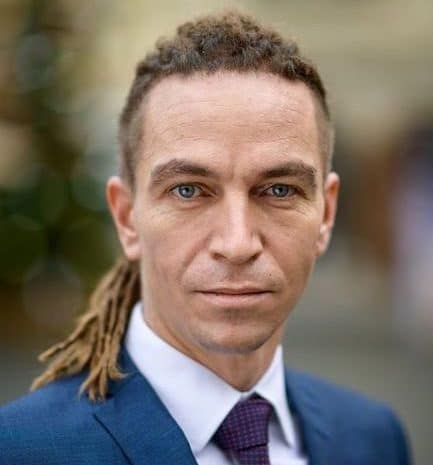 PhDr. Ivan Bartoš, Ph.D. Deputy Prime Minister for Digitisation and Minister of Regional Development Ivan Bartoš has been a Chairman of the Czech Pirate Party for many years and was one of its founding members in 2009. Since the autumn of 2017, he has been a Member of the Parliament of the Czech Republic and was re-elected in 2021. He served as a Chairman of the Committee on Public Administration and Regional Development in the Chamber of Deputies for four years and was active in the field of digitisation as well. Ivan Bartoš was born in Jablonec nad Nisou in North Bohemia. When he was 17, he left to study in the United States and successfully graduated there. After his return, he passed the Czech school-leaving exams at U Balvanu Grammar School in his hometown. At the age of 19, he began his studies at two faculties: Theology at the Hussite Theological Faculty and Information Studies and Librarianship at the Faculty of Arts of Charles University. He eventually decided to focus on the Information Studies and obtained a PhD degree. He returned to the U.S. once again during his studies and spent a semester studying Computer Science at the University of New Orleans. During his professional career, he worked in IT departments in multiple Czech and multinational companies, such as Newton IT, Monster Worldwide, T-Mobile and was at the launch of the Air Jobs recruitment platform.