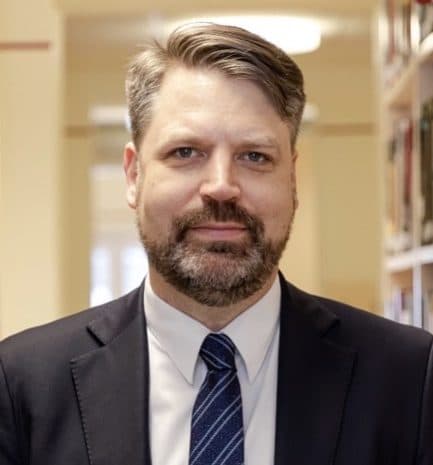 Prof. Robert Krimmer holds the ERA-Chair Full Professorship of e-Governance within Skytte Institute at University of Tartu in Estonia. Robert’s research is focused on digital transformation, cross-border e-services, electronic participation and democracy, as well as e-voting, and all issues further developing a digital society. Between 2015 and 2020 he was an Associate Editor for participation issues of the leading journal Government Information Quarterly. He is a member of the editorial board of the journals Government Information Quarterly, Information Polity, Policy Studies, Halduskultuur, and of the Programme committees of the leading conferences on digital government, HICSS, dg.o, EGOV/CEDEM/EPART, ICEGOV. He has been the general chair of the annual E-Vote-ID Conference series since 2016. Before he founded and ran the biannual EVOTE conference from 2004 to 2014. In 2019, he has been mentioned as one of the top 16 academics within the list of 100 most influential people in digital government by Apolitical. Since 2017, Robert has been coordinating TOOP, the EU H2020 large-scale pilot on exploring and demonstrating the feasibility of the once-only principle involving 50+ partners from more than 20 countries inside and outside the European Union. Further, he was member of the group of experts to the Council of Europe Ad-Hoc Committee on Electronic Voting (CAHVE) which edited the recommendation on legal, technical and operational standards for Electronic Voting Rec(2017)5. Also, he was one of the lead experts for the Council of Europe Ad-Hoc Committee on Electronic Democracy and drafted Annex 1 of the CoE Recommendation (2009) on e-Democracy. Before returning to academia, Robert was OSCE/ODIHR’s first senior adviser on new voting technologies. In the past he advised A number of international organizations, including CoE, OSCE/ODIHR, UNESCO, UNDP, WHO, ITU, IFAD, AfDB, the European Commission or AWEB on matters regarding digital transformation. He is the program manager of the ‚Politics and Governance in the Digital Age’ Master Program at University of Tartu. His teaching duties include lecturing on e-Governance, e-Democracy, e-Participation, e-Voting and End-User Management Information Systems at Tallinn University of Technology, WU Vienna, University of Economics and Business, University of Applied Sciences Hagenberg, and Danube University Krems. Robert has supervised four PhD theses and more than fourty graduate theses and author and/or been editor of over ten books/special issues of scientific journals. Prof. Krimmer has authored over 200 international scientific articles and been cited some 1700 times, with an Hirsch index of 23 according to Google Scholar.