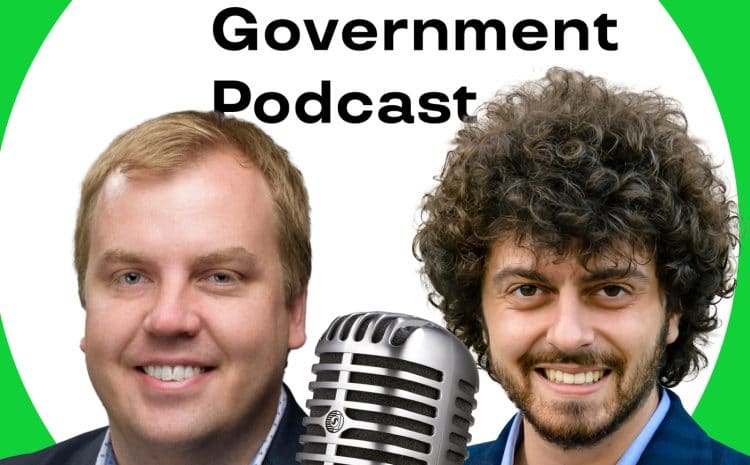 Siim Sikkut barely needs any introduction. 17 years in the civil service, of which five as Chief Information Officer of the Government of Estonia. Throughout this time, many of our readers and listeners have had the chance to meet him, or hear from his team about what a constant process of digital transformation looks like.

At the upcoming e-Governance Conference in May, he will be among the changemakers to tell us what it takes to be effective digital leaders – based on his own and others’ experiences. Sikkut, in fact, has also spoken to 20 colleagues in leading digital government strategies, and collected findings and reflections in a not-to-miss, upcoming book.

Now, as Managing Partner at consulting firm Digital Nation, Sikkut and notable associates aim to take his and Estonia’s experience to other governments around the world. In the build up to the Conference, we caught up with him to give you an introduction to what is set to be one of the most interesting sessions on Day 2.

Sikkut’s own journey as Government CIO in Estonia recently came to conclusion. Top civil servants in Estonia stay in office for a term of five years. Thus, having started in 2017, last January was decision time for Sikkut – to go on, or “Get some new fresh energy into the team,” as he puts it.

The possibility of jumping in and out the public sector in Estonia definitely made the decision easier to take. “So even if I spend some time out of it, I can always go back in some way. That really encouraged me to explore around a bit, try the private sector life.”

On top of that, he continues, “What appealed to me was trying to take some of my own and Estonia’s very good digital government practices to the world. That’s what e-Governance Academy is doing, as well as other companies, and the hunger for that experience, leadership, practical hands-on know-how is still very big out there.”

A crash course on the license to innovate

The hunger Sikkut refers to is, indeed, very much present. We see it in the e-Governance Academy’s projects, the interest in the Conference. But also, it lies in something that has allowed exploring and experimentation in the Estonian public sector – namely, a certain license to innovate.

“Some of the best and smartest digital leaders do ask for this sort of license, a mandate, when considering taking up the job. And I think they are wise about doing so. Because then, those who don’t have such mandate, start working towards it either way.” Having an innate awareness in government at large of this license to innovate, though, does make it easier for motivated changemakers to bring innovation to life.

Much of this comes down to governance culture. “Let’s take Estonia. We reached a point where, unless you need extra resources, then the license to do stuff is there. You just do it,” Sikkut says. “Throughout my whole career in Estonian government, I have always felt that mandates are not given – they are asked. If you, as a digital government leader, or your team, see that there is a path ahead to take, you start playing with the new tools you find useful.” Take AI use in government, for example. “Then, as the need to scale started to grow bigger, we went and got the mandate to do stuff on such larger scale.”

“A good leader doesn’t necessarily wait for a mandate. They might ask for it, and they probably will. But they will also, you know, be happy to grab it themselves,” Sikkut points out.

Appetizer: Two lessons for a start, and more to come

This and more insights are featured in ‘Digital Government Excellence’, Sikkut’s own book – and at the moment his favourite too, “shamelessly” as he said in a recent interview to Global Government Forum. “When digital government leaders, CIOs, digital agency heads meet,” he tells us, “the number one thing talked about is how did one do this or that. Not what, or the strategies, but really picking each other’s brains and matching notes, so to speak. How to look at management and leadership challenges.”

Let’s delve here into two of the common denominators emerging from experience and international practice. First, “Good leaders who make a difference are focused on making stuff happen. It’s a mindset, or focus on results. It regards the way you spend your time as a leader,” the tasks you take on and delegate, the focus you keep to yourself or distribute then to the rest of the team. “It’s about managing the many things that leaders have in their toolbox to really work towards delivery.”

Secondly, “A digital leader is supposed to be many things at once. Chief strategist, chief political officer basically, recruiter. But the most important one that makes excellent leaders stand out is to be the main voice and advocate of users, citizens, in the government. And I think that really frames what the team shall focus on,” Sikkut concludes.

Interested in more? Join the e-Governance Conference on 10 – 12 May to listen to the keynote of Siim Sikkut and panel discussion ‘ Digital Government Excellence: Lessons from Effective Digital Leaders’ featuring Barry Lowry, Chief Information Officer for the Irish Government and Siim Sikkut.